“House on Fire” is the debut release from the self-described “bad-ass for good,” Lauren Nikohl and Sensitive Robot. Musically awakened by her songwriting father, with influences that include Lana Del Rey, Elton John, David Bowie, and Sam Smith, Lauren is a long-time advocate for the legalization of marijuana. She has a natural instinct for how to deliver a song, with a ridiculously killer lower vocal range. She would proclaim “Brownies for all!” in her queendom, if she had it her way. 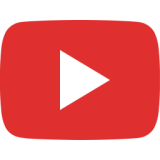 "House on Fire" - by Lauren Nikohl, produced by Sensitive Robot